Relevance and the Need for an Interdisciplinary Approach in Museum Work 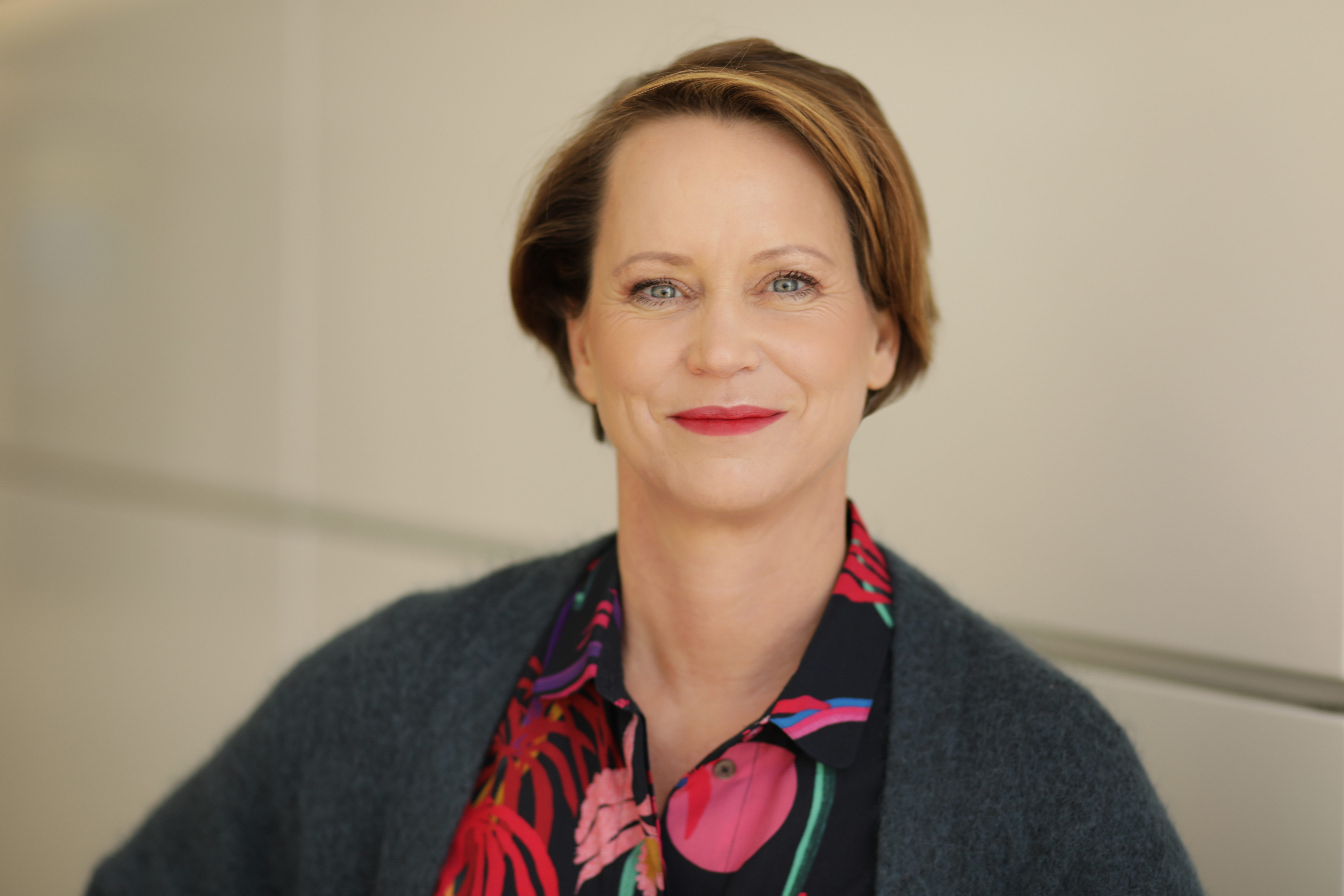 Museum Director, Gallery Owner with a doctorate in Art Education, Curator, Founder, Designer, Mother, … – as multifaceted as the career of Dr. Eva Kraus appears to be, so determined was she even at an early age about the path she wanted to take: one in the area of museology. Not only here has she forged a reputation for herself – for some two and a half years she has been in charge of the Staatliches Museum für Kunst und Design in Nuremberg (State Museum for Art and Design in Nuremberg), and successfully so, with innovative exhibitions such as “WEtransFORM”.

1. Thank you for finding time to answer my questions! Can you tell us how you came to your present position? Your biography is very impressive.
Despite a number of “detours”, so to speak, I actually took a very direct, goal-oriented route: I knew even when I was a young student that I wanted to be a museum director. But some people who read my CV find that I could have made it easier for myself – by, for example, studying art history, then doing practical training at a museum before finally beginning a career as a museum curator. That wouldn’t have suited me, though. Instead I garnered a lot of experience in other areas and now notice that I am very knowledgeable in areas beyond those of the normal curator and have something to contribute – no matter which discipline we are talking about in this museum. For a long time I even had my own gallery where you do everything, absolutely everything, yourself: I screwed the screws into the wall myself, I made coffee, wrote texts for the press and fostered international links with collectors. The profession of gallery owner is extremely diversified, which is why you have to be creative in all areas.

I always knew that one day I would like to be in charge of a museum.

That’s why, when I was studying applied art in Vienna, I did internships at the city’s Museum of Applied Art and afterwards at New York museums in the same field. At the same time, I earned money as a graphic designer, working a lot for exhibitions. Later, back in Vienna, I was in charge of a foundation where I often had to deal with legal questions and was confronted with political issues in order to generate funding.  After a few years there I once again relocated to Munich and began work on a doctorate because I knew that in Germany it was easier to move forward professionally if one had one. At the same time, in the gallery I was able to learn a great deal about the art market – this is basically what underpins my current work in the museum and from which I benefit enormously today: Being part of an international network of art protagonists. Since then I have increasingly worked in the visual arts, even though I greatly appreciate architecture and design. My curiosity is focused on different disciplines and how they interrelate, in particular in the avant-garde of the 20th/21st century.

The more one knows, the more exciting it gets.

What is still very important, in your opinion, for anyone trying to establish himself in the art world?
As I said, the most important thing is good networking. The theoretical knowledge – for example, a list of artists from A to Z or a general Who’s Who in the world of art – is something one can acquire, but you have to set up your own network yourself.

3. What do you consider to be the most important tasks and strategies of a curator?
Above all else, it a question of selecting the themes – in that one considers one’s program not as something standing alone but as part of an overall whole. I try to work in a very interdisciplinary manner with as much variety as possible. As a museum we have a supposedly narrow time span from 1945 until today with the focus on the visual arts.  Our task is to present thematically and monographically a great many tendencies, developments and approaches since 1945. We are not an Exhibition Hall, nor are we an Artists’ Guild, which explains why our exhibitions are anchored in history. For me it is important that attention is paid to the “staging” of the subject matter. For one, because this is the direction I come from, I’m someone who has been concerned a lot with “Display” – theoretically as well as practically, and, for another, because an adequate presentation supports the content which is to be communicated.

For me it is important that a feeling is built up and a mood created.

4. When is art relevant as far as you are concerned? When you have a definite audience or is it about art for art’s sake (l’art pour l’art)?
That’s something individuals have to decide for themselves. My belief is that art continues to have a task to perform and fulfills important functions in our society. Some artists are more political, other less so. What is important for me, though, is that our program is not superficial, but that it has content and meaning. Of course, it is true that I can gain a great deal from the enjoyment of pure beauty and personally have a high level of aesthetical appreciation, but what I don’t like is when it is only about “retinal” art. Today one needs at least a mixture of intentions. However, the basis is always a formal presentation, a visual infatuation, so that it becomes interesting for the viewer to engage himself with art.

In our exhibitions we attempt to discuss questions of art-historical relevance: For example, the exhibition “After All” with Sherrie Levine is a discussion on Modernism, on the “original object” and what art attempts to represent. It was about the world of media and reproduction since the age of technical reproducibility. It is important for us to shed light on things. Social relevance in art is extremely important. That is why there will hopefully be more and more artists who are aware of their role.

Artists have a voice which they can use and with which they also have an influence.

In my opinion, this is an important goal in art.

5. Are there any innovative elements in contemporary art which point to something new?
Yes! The very basis of artistic activity is to find ways of expression that previously hadn’t existed. The Boris Lurie exhibition, for example, deals with a difficult subject: the legacy of the Holocaust and how he, the artist,  deals with it. His approach is very decided, he works with the refusal to accept, the moment of shock as well as the visual combination of pornographic and Holocaust imagery.  Another theme from our exhibition program shows contemporary Japanese aesthetics in the areas of the visual arts, design, architecture and traditional crafts. It is also about how the global world adopts styles and how artistic hybrids are developed. The Bauhaus was strongly influenced by Japanese aesthetics, by their own values, namely reduction, simplicity and elegance.  In our exhibition “On the Art of Building a Tea House” you can see contemporary translations of a traditional Japanese preoccupation with craftsmanship, materials, and a perfected, time-consuming production process.  Once one is aware of these cultural phenomena, one can better understand, for example, the influences of the in the meantime much appreciated Japanese culinary tradition.

6. What are one or two striking highlights from Nuremberg Exhibitions you have been in charge of?
In “WEtransFORM”, for example, artistic statements were juxtaposed with current scientific and social questions. I also like exhibitions which have a certain theme and which develop in an interdisciplinary way. What is fantastic about Sherrie Levine’s stance, however, is that the more one deals with the subject, the more exciting it all becomes. I personally found that very good – the exhibition has also turned out to be absolutely beautiful in aesthetic terms. That gives me a great deal of joy.

An artwork only becomes good if it throws up a great many questions.

7. What do you want to be known for?
I would like to develop a certain stance – that is, presenting art which has relevance. I would like to occupy myself with issues which also have a role to play in our society. In a program which is stringent in terms of its ideas, my goal is to convey aesthetic interests and to link these to a certain content. Which means that I hope my program has things to offer at many levels, both visually exciting for the viewer as well as intellectually stimulating. I would like our program to be of the highest standard and be highly regarded internationally – and, of course, to achieve recognition for this. (laughs)

Photo credits in the order they appear in the text:

Thank you very much, Dr. Kraus!

For further information on the current exhibition go to the website of the Neues Museum in Nuremberg and look at the latest linked images on Instagram.

Notice: compact(): Undefined variable: groupby in /kunden/494080_90402/webseiten/ideclarecolors.com/wordpress/wp-includes/class-wp-comment-query.php on line 860
pdhcpe
Curriculum making is a creative solution to a problem, hence, interdisciplinary curriculum should only be used when the problem reflects the need to overcome fragmentation, relevance, and the growth of knowledge.